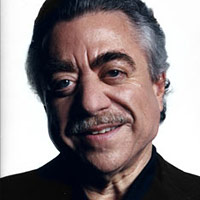 In his GQ column, Alan Richman knocks me and my fellow bloggers around pretty good today, taking us to task for eating burgers at Bill’s and writing about them before they opened.

The writers who attended press events for Bill’s were ecstatic about the burgers. Allow me to issue a warning: Judging a restaurant by the food served at press events is like judging a baseball team by the home runs hit during batting practice.

That’s a good one! I admit it.

Worst, I’m sorry to say, was Josh Ozersky. He’s a smart guy, a talented writer, a relentless blogger. He might even be a hamburger authority, since he wrote a book on them. But he lost his mind when he ate at Bill’s. The problem is that Ozersky sniffing a burger is like Casanova getting a whiff of perfume.

Richman goes on to slam Bill’s, calling it “innocuous” and “dry,” but I don’t care what Alan says. I love Bill’s. Since I am only going to be in the IAC building for one week more, I’m taking adavantage of our proximity and eating hamburgers every day; if you want to wish me well in my future endeavors (which have already started) feel free. As for Alan, I’ve eaten his “best hamburger in America,” the gross  meatball served at a Hollywood, FL dive named Le Tub, and if that’s a great burger, then call me deluded! On the other hand, I have to say, it feels good to be in the company of Jean George Vongerichten, Tony Bourdain, and New Orleans as objects of his pee-wee thunderbolts. But even the wrath of a 12-time James Beard winner won’t keep me from my Bill’s with cheese. I could eat those things every day. And I do.